Ahmad Tabari – CEO Of The Group 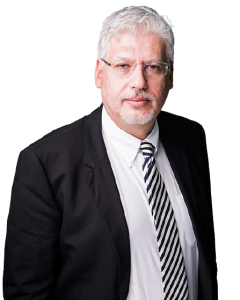 Ahmad Tabari was the first UAE high school graduate to attend MIT in Cambridge, MA where he attained in 1987 a Bachelor of Science degree in Electrical Engineering and Computer Science, and a second degree in English Literature. He went on to obtain a law degree from Harvard Law School in 1990, and joined the NY state bar in the same year.

Ahmad started his career as an associate in 1990 in the Wall Street law-firm of Cleary, Gottlieb, Steen and Hamilton, where for 2 years he practiced corporate law and gained valuable exposure to US securities law, bankruptcy laws and litigation. He participated in the Resolution Trust Companies sale of mortgages (both performing and non-performing classes) acquired in the savings and loan crisis in the late 1980’s, which introduced him to the then nascent industry of asset backed securities.

He left Cleary to join Citicorp Securities (the investment banking arm of Citibank) in 1992, to work on asset backed securities as a banker, and eventually focused on introducing the product into emerging markets, with a focus on Latin America. He was involved in the first securitization of oil export revenues by Pemex (the Mexican state owned petroleum company), and worked on other classes including utility receivables, mortgages and credit cards. He was promoted to VP in 1995.

He was then head-hunted by ABN-AMRO bank in 1997 as a Director to head up the emerging markets securitization program in London, with a focus on Eastern Europe and Asia. After completing the Pakistan Telecommunication securitization of receivables arising out of international call settlements (which won a Deal of the Year award from Corporate Finance), Ahmad left the banking industry to return to his roots in the UAE in 2001 which at the time was beginning a period of exciting growth. He joined IDS with a clear mandate to transform it into a dynamic, forward looking regional organization.

Having gained exposure to law, finance and technology, Ahmad began applying his experience to IDS, modernizing their IT infrastructure, reorganizing their corporate structure on a surer footing, and dramatically improving their financial position by launching new divisions and services. IDS has grown from a turnover of 35 million in 2003, to over 300 million.